Chart to show absence of transactions

Is there a way to create a chart to show the absence of APM transactions?

Something like the sql group by and having clause…

Hi, @luis.henrique2: You want a list of transactions with 0 throughput? Try this:

Hi @philweber , thanks for the tip.

I would like an easy way to see which transactions have not happened in a given period.
Something similar to the feature that exists when creating an alert condition, in which a graph is displayed with clear information about the absence of a transaction, for example. 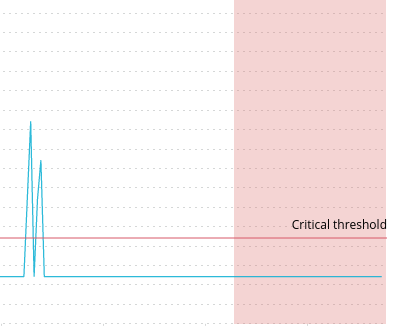 I was not able to use exactly the suggestion you indicated, but removing the FACET and including the name of the transaction in Where Clause, I was able to at least display the result in a table, but it was not possible to use timeseries.

I imagine that this has something to do with Null/zero value in the “absence of transactions”, as described here: Relic Solution: How Can I Figure Out When To Use Gap Filling and Loss of Signal?