I wanted to record a custom metric and then alert on it. It took me a while to figure this out, so I wrote my findings up as a guide.

The first thing I tried was

That returns no results. I’m not quite sure why custom metrics recorded via record_metric don’t show up in the normal Metric dataset, but they don’t. There’s something about “Timeseries” versus “Dimensional” metrics but I don’t understand the difference. Nor does the Ruby client seem to have a way to report “Dimensional” metrics.

When I use the Data Explorer, these custom metrics show up under “Timeseries Metrics”. That generates the NRQL

For some reason, all that shows up are some zeros:

My hypothesis is that since my test data is so sparse, the average(…) is seeing a lot of empty entries and dividing small number / very large number. 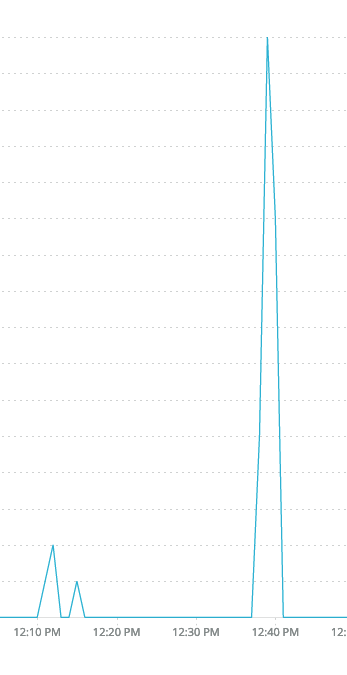 If I then click “Create Alert”, it converts the original NRQL to

That seems to work for an alert.

@jamesr1 Thank you for sharing this guide! I’m sure it will be helpful information for other community members

This will be one of our topics of the weeks.