Smartphones have revolutionized the way companies advertise, communicate, and most importantly, interact with their consumers by way of mobile applications–with most users preferring to use apps on iOS or Android devices. But it isn’t always easy to replicate a desired mobile application on another platform.

React Native is an open-source framework that enables developers to build mobile apps across multiple platforms via a single code base; this requires fewer resources and incurs a lower cost. Building modern applications with such open-source frameworks has increasingly become the norm, and while this streamlines the development process for engineers, these applications still need to be monitored in production. New Relic is happy to announce that our mobile monitoring solutions now support applications built using React Native. Initial support allows you to:

Now, our mobile agent can easily capture interactions from React Native instrumented apps at the sequence in which they were created, and pass user information to New Relic without the use of a plugin to track user sessions. You can seamlessly view your mobile traffic all in one place, and even take a look at which users came from specific iOS or Android phones and tablets. These features and compatibility with React Native instrumented apps become crucial for teams struggling to understand their user base, especially in mobile-first countries in Asia or Latin America. New Relic also tracks network latency, i.e. how long it takes for a user to make requests, which can also provide insight into regional differences in user engagement.

With many mobile applications, the errors recorded are often native to the codebase and can be difficult for non-mobile devs to decipher. Since React Native uses Javascript to create mobile apps, New Relic can now capture Javascript errors that are more universally understood by engineers. Records of console logs, warnings and errors are all kept for New Relic users to perform retroactive incident reports, and distributed tracing for React Native also helps drill into the backend cause of an issue on the frontend. Ultimately, the new value-adds to mobile monitoring strive to uphold New Relic’s mission to enhance performance observability and streamline the mobile developer’s lifecycle.

With these additions to the New Relic toolkit, deploying and monitoring cross-platform applications has never been easier. Start bringing in your React Native application data into the New Relic platform and immediately monitor crashes in real time with the following tutorial: 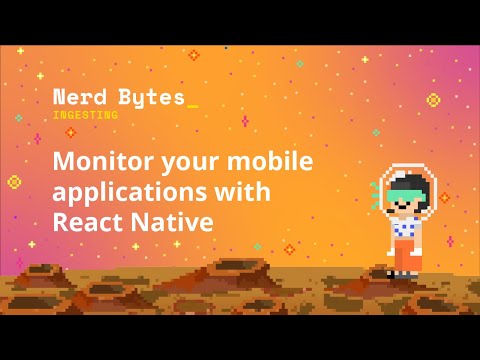