New Relic Mobile can send you an email on the first occurrence of a unique crash for your mobile application. In theory, this is awesome. In practice, there are some drawbacks to alerting via email that we’ve all experienced:

Fortunately, New Relic is an incredibly flexible tool, so you can set yourself up to receive new crash alerts where you want them, including everybody’s favorite: Slack.

How do you do it?

I made a Synthetics script that runs every 30 minutes and looks for any new crashes. If it finds a new crash, it sends a Slack message with a link to that particular crash. Additionally, you can configure the script to do this for specific apps. If you have several apps in your account, you can get new crash alerts sent to Slack for just the particular app(s) you care about.

Step 1 - Create an Incoming Webhook in your Slack account 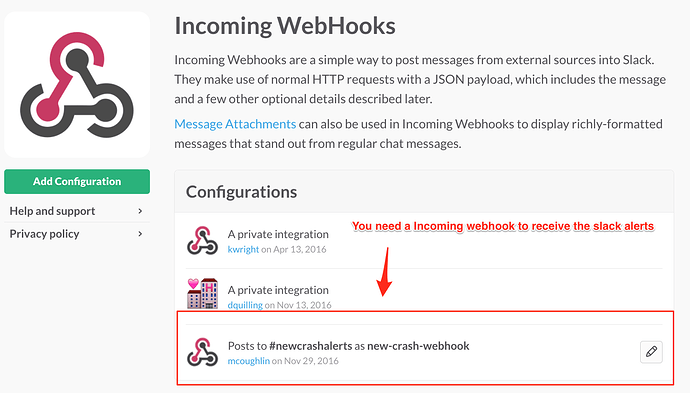 Step 2 - Find the slackWebhookUri variable in the script and paste your webhook uri into the script as below:

Step 3: Add the other variables needed for this to run:

Step 4: Format the slack message by changing the payload variable - the default is:

Note - Make sure you have a channel created, according to the payload variable, before you run the script

Step 5: Run the script on a 30 minutes schedule from one location 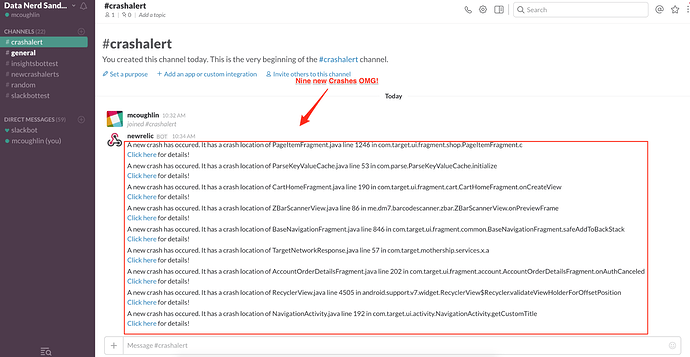 Ready to Get Started?

You can grab the script for this on GitHub. Let us know how it works for you!