Relic Solution: Why is there no data reporting in Mobile HTTP requests page?

The first thing I would check is which Network library is used to make the HTTP requests. And then confirm if the library is supported by the New Relic Mobile SDK by default. The compatibility can be found in the below docs:

If a supported Network library is used, but the HTTP requests are still not reporting, I would check:

If an unsupported library is used, you can use our Mobile APIs to record custom HTTP requests manually. Below docs are described more details about how to implement this.

If you are using WebView, the requests should be reported for iOS but not for Android. Check out the below post for instrumenting WebView in Android.

If your Android app uses WebViews, you’ve probably noticed that Http requests made in the WebView don’t appear in the New Relic Mobile UI. The New Relic Android agent instruments many classes and methods by default. However one thing that is not instrumented are WebView objects. But why do I see WebView calls on iOS? In iOS this is possible due to WebView requests always going through the instrumented network objects (NSURLConnection, and NSURLSession) but Android WebViews don’t use an underlyi…

2 Likes
Insights is not recording requests to all domains in iOS
Does not update http requests
ajithkumarmengani August 27, 2021, 12:50pm #2 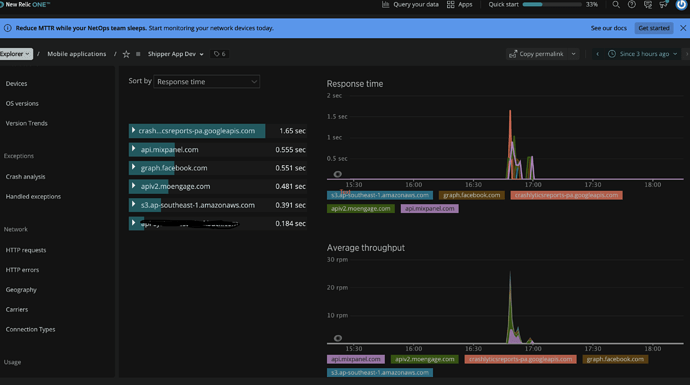 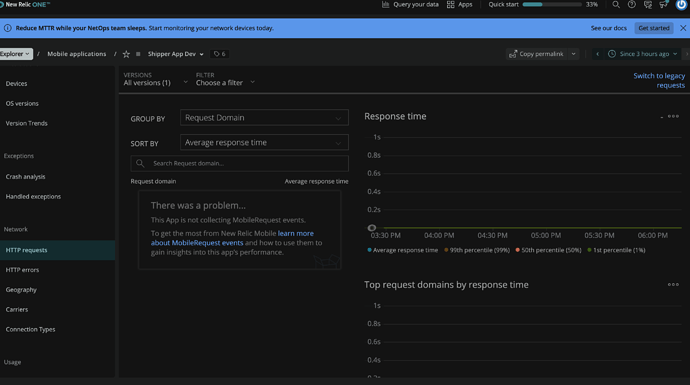